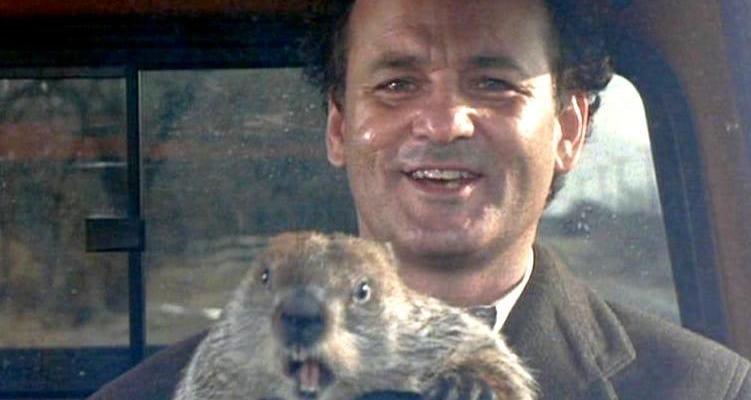 You’ll want to burrow away after hearing this.

As a light snow fell just around dawn, members of the Punxsutawney Groundhog Club made their way to the famous forecaster’s stump, without the usual crowd of thousands because of the coronavirus pandemic.

“You look beautiful today,” the club’s President Jeff Lundy whispered to the rodent, placing him atop the stump to make his prognostication by pointing to one of two scrolls just before 7:30 a.m.

The furry soothsayer ‘saw’ the shadow scroll — meaning Old Man Winter will be sticking around for six more weeks.

“We have passed the darkness of night but now see hope and morning’s bright light. But now when I turn to see there’s a perfect shadow cast of me. Six more weeks of winter there will be!” the club’s Vice President Tom Dunkel read from the chosen scroll.

Jeff Lundy, the club’s president, however, issued a message of hope as the country nears the one-year anniversary of the beginning of the coronavirus crisis.

“I want to tell you [Phil] has also told us after winter, you’re looking forward to one of the most beautiful and brightest springs you’ve ever seen,” Lundy said.

The furry oracle’s prediction came even as flurries were still in the forecast Tuesday, following a brutal winter storm that dumped as much as 27 inches on parts of New York, New Jersey and Pennsylvania.

The yearly ritual, which dates back to 1887, was held virtually this year amid the coronavirus pandemic.

In place of the usual crowd at Gobbler’s Knob park in Jefferson County, Phil was surrounded by cutouts of fans who had hoped to be there in person. Via – The New York Post

“There’s a lot of people calling for the end of violence, there’s a lot of conservatives, social media, who say that any violence or aggression at all is unacceptable. Regardless of the circumstances. I’m glad Sam Adams, Thomas Paine, the actual tea party guys, the men at Lexington and Concord didn’t feel that way.” ~ Rush Limbaugh

Katie Hopkins – No Jab, No Job!

Jamie Glazov – “Show Your Papers” in the USA.

An Average American – Response To Jeep And Bruce Springsteen.

Tucker Carlson – Glenn Greenwald: Neither political party is on your side

David Zhang – CIA Refusing to Include China in Ratcliffe Report

Liz Wheeler – Where is Durham?!